Pruning - out with the old, making way for the new growth.

The end of February is usually the time when we begin pruning at Fog Crest Vineyard. This process allows us to optimize the production potential of the vine. The shoots from last year are cut off, setting up the vine for bud break in the spring. We generally like to prune towards the end of the vines' dormancy to protect the cuts from prolonged exposure to moisture; therefore, later in the rainy season is better.

The process begins with pre-pruning – something that can be done quickly to get rid of the greater portion of the tangled old canes.  Once the vineyard is “tidied up” in this way, it becomes much easier and faster for the crew to go back and make the important choices for the final pruning cuts, without the distraction of wrestling with the gangly old canes. 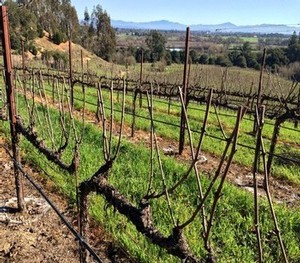 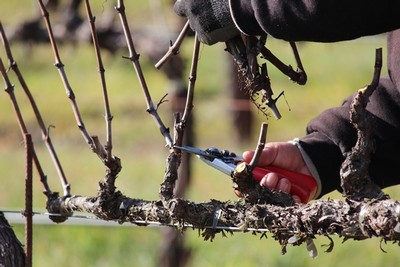 At this time, when the sap is beginning to run as the vines begin to “wake up”, the pruning cuts will heal faster as the sap covers the wounds, further helping to protect the cuts from moisture.

A late pruning has the further benefit of delaying bud break slightly, which can help us miss a late season frost – a huge danger early in the growing season.

So we prune, and then we wait (something we’re really good at around here) for the next bit of magic to happen in the vineyard…bud break – the beginning of the new growing season and a whole new set of viticultural challenges.  But that’s a whole other story. More later…