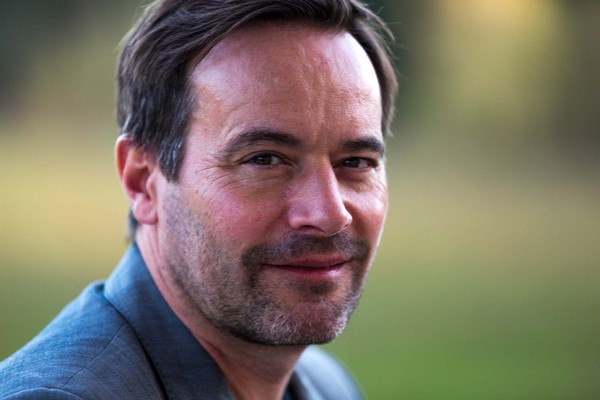 “I was raised in Châteauroux, a town in the Centre Région of France,” says Jérôme Chéry. “Nearby is the Loire Valley and the area is surrounded by vast farmlands.”  Jérôme studied plant biology before his love of science and the culture of wine intersected.  After earning diplomas in biology at the universities of Angers and Orléans, Jérôme received his Diplôme National d’Oenologue, the equivalent of a B. S. Degree in Enology, at the University of Burgundy, Dijon.  “I knew I wanted to be a winemaker; it became my passion.”

After winery stints in Provence, Loire Valley, Australia’s Swan Valley and the Languedoc region, in 1997 Jérôme came to California to be Assistant Winemaker at Napa Valley’s Newton Winery.  “I was 27 years old and Newton was already becoming famous for unfiltered Chardonnay,” he says.  “Newton was using native yeasts and longer aging times.”

In 2000, Jérôme wanted to continue his focus on Chardonnay and Pinot Noir.  “I think that the motto ‘less is more’ works wonderfully well with the two famous Burgundy varieties, so I took a job at Littorai working with Ted Lemon,” he says.  “Ted was making really fine Pinot Noir and Chardonnay, specializing in single vineyard bottlings.  He made limited production wines that were terroir driven.  It was amazing.  Here, I really learned.”

Jérôme became Director of Winemaking at Saintsbury in 2004.  “I walked in and harvest started three days later. The production was huge compared to what I had been doing, but I stayed for 9 years.  I learned to work with cool-climate Carneros fruit and introduced four, single vineyard releases.  I also sourced fruit from the Anderson Valley, complementing what we already had.”

Believing memorable wines are made on a small scale with the highest quality grapes, Jérôme became winemaker at Fog Crest Vineyard in January 2014.  “I really wanted to relocate to western Sonoma County; the quality of the fruit here is wonderful,” Jérôme says.  “I will wait to see what the next harvest brings; I hope to add refinement to the wines.

Jérôme enjoys traveling for work and pleasure.  At home, he relaxes by gardening, landscape designing and cooking.